Butter is a dairy product made by churning fresh or fermented cream or milk. It is generally used as a spread and a condiment, as well as in cooking, such as baking, sauce making, and pan frying. Butter consists of butterfat, milk proteins and water.

Most frequently made from cows’ milk, butter can also be manufactured from the milk of other mammals, including sheep, goats, buffalo, and yaks. Salt, flavorings and preservatives are sometimes added to butter. Rendering butter produces clarified butter or ghee, which is almost entirely butterfat.

Butter is a water-in-oil emulsion resulting from an inversion of the cream, an oil-in-water emulsion; the milk proteins are the emulsifiers. Butter remains a solid when refrigerated, but softens to a spreadable consistency at room temperature, and melts to a thin liquid consistency at 32–35 °C (90–95 °F). The density of butter is 911 g/L (56.9 lb/ft3).

It generally has a pale yellow color, but varies from deep yellow to nearly white. Its unmodified color is dependent on the animals’ feed and is commonly manipulated with food colorings in the commercial manufacturing process, most commonly annatto or carotene. 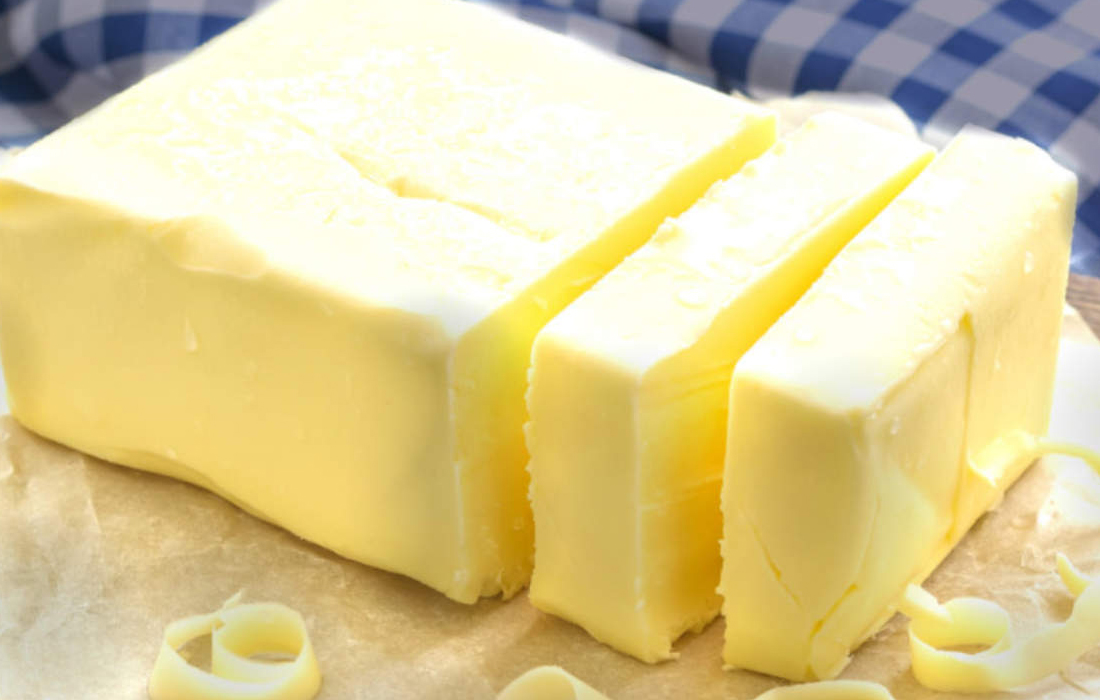