Ghee is a Sanskrit word for a clarified butter used primarily in the Indian cuisine. Because the preparation of ghee involves heat, it has a distinctive toasted flavour, often described as nutty and is widely used in Indian kitchens. It is traditionally prepared by gently heating butter until it becomes a clear golden liquid. The lactose and other milk solids coagulate and are meticulously removed. This process also evaporates most of the natural water content, making ghee light, pure and resistant to spoilage.

Benefits of Ghee recognized in the Ayurvedic.
Ayurveda considers ghee the ultimate cooking oil, with diverse mind/body benefits listed in the ancient texts. 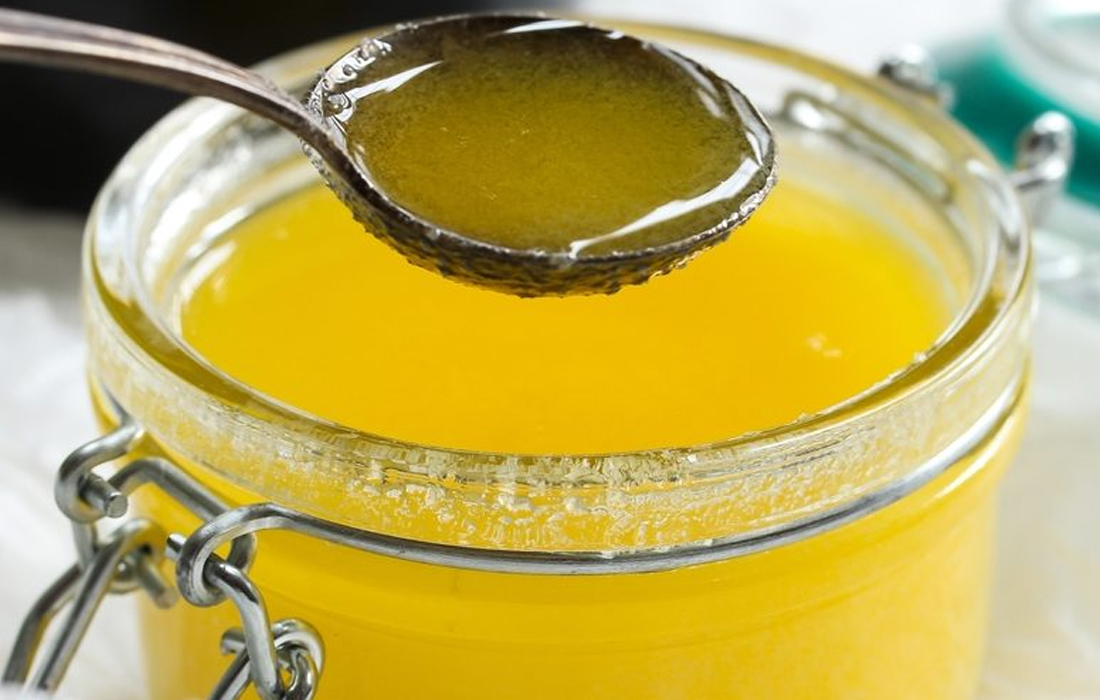